Back in 2010, a small group of local people got together and formed the Great Grimsby Ice Factory Trust. GGIFT is a registered charity, and we aim to preserve our local built heritage. Our original motivation was to use local heritage assets as a catalyst for “heritage-led” or “culture-led” regeneration in Grimsby.

Until the Peterson’s Project, we hadn’t been successful in actually taking on a building, but over the past ten years or so we have raised the profile of Grimsby and its heritage to a tremendous degree. Since we began our campaigning, the built heritage on Grimsby Docks – already on Historic England’s radar – has been recognised and advocated for by The Prince’s Regeneration Trust, SAVE Britain’s Heritage, The Council For British Archaeology, The Victorian Society, The World Monuments Fund and Europa Nostra. 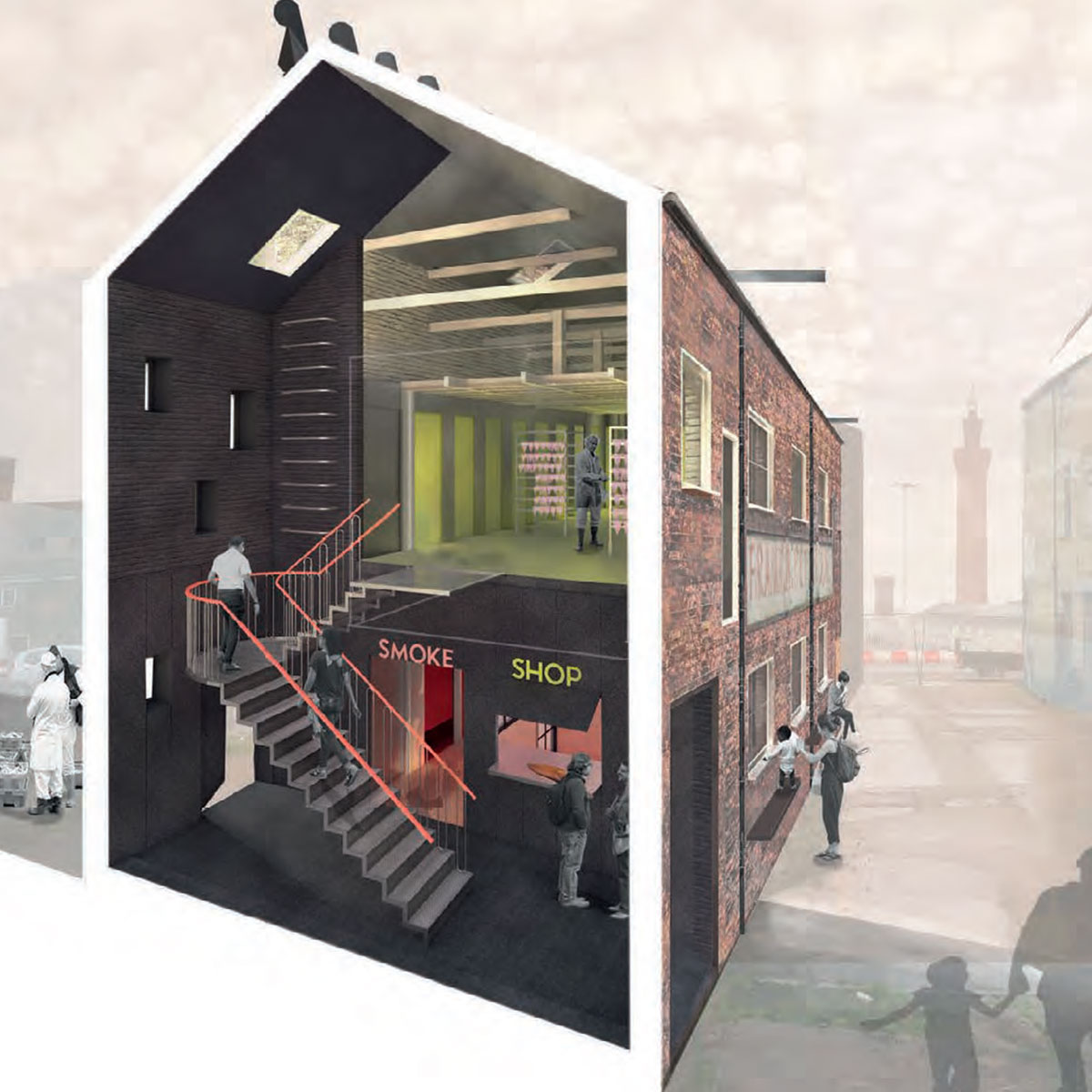 The Peterson’s Project came about in the summer of 2017, when GGIFT was invited to put forward a proposal to the Prince’s Regeneration Trust for a £2 milliion project on Grimsby Docks. We met with ABP, and the council, and between us we came up with a scheme to bring back into use three buildings on Wharncliffe Road, and Peterson’s Smokehouse on Henderson Street. In the event, that funding didn’t come through, and we decided to phase the project in order to make it attractive to the National Lottery Heritage Fund and the Architectural Heritage Fund, who are financing the renovation of the smokehouse and Building 89.

Peterson’s is a great project. It’s bringing back into use a traditional smokehouse, of which there are a limited number in existence, making new office space and a cafe, and creating an anchor for further regeneration in the Kasbah. Perhaps the best thing, though, is the opportunity it presented to form a working partnership with the other stakeholders. In the past, we had often been at odds with each other, but Peterson’s gave us a common goal. And following the designation of the Kasbah as a conservation area, and the formation of the Kasbah Steering Group, of which GGIFT is a member, we are in a position to continue to make a difference.