There will be few, if any, buildings on Grimsby Dock which were built in the 1860s and remain in the hands of a family member today. Many have been lost to bigger businesses while some have been demolished over time.

Tucked away towards the end of Fish Dock Road, a former café and stores building boasts a history spanning 150 years, remaining in the hands of the Salsbury family since it was a ‘new-build’. The Victorian structure, now known as Building 33, to this day holds memories dear for the owner-occupier still working from the property.

The Salsbury family name is synonymous with feeding the masses on Grimsby Dock, having owned not one or two but six cafés on the dockside during the area’s heyday. The most significant were probably Solly’s, on the corner of Hutton Road and Fish Dock Road, and the Jubilee, on nearby Wickham Road, although the oldest property in the family’s former catering empire was Building 33.

“In 1860, as the fishing fleet moved, my great-great grandfather moved his whole family from Brixham, in Devon, and set up in the Grimsby area. He began with a ship’s provision company, later diversifying into cafés. By the time my own father moved into the business, there were two cafés which he gradually increased to six cafés, all around the dock.”

Affectionately known as Solly’s, the cafés were widely known by regulars as the ‘go to’ place for a cuppa and a bacon bun, and were often described as the local ‘greasy spoon’. Many a deal was done within the walls of these establishments.

“The customers – some of whom were regulars for half a century – treated the cafés like a home from home. The staff knew them all individually and exactly how they liked their tea and what time they would be in. The atmosphere was like nothing I have ever experienced, with jokes and good humour, and people being ribbed was the order of the day, all day, every day.”

“The shops were a welcome break from a pretty hard existence, particularly in the winter when the ice would form stalactites from the filleting boards. We always had the cafés nice and warm.” 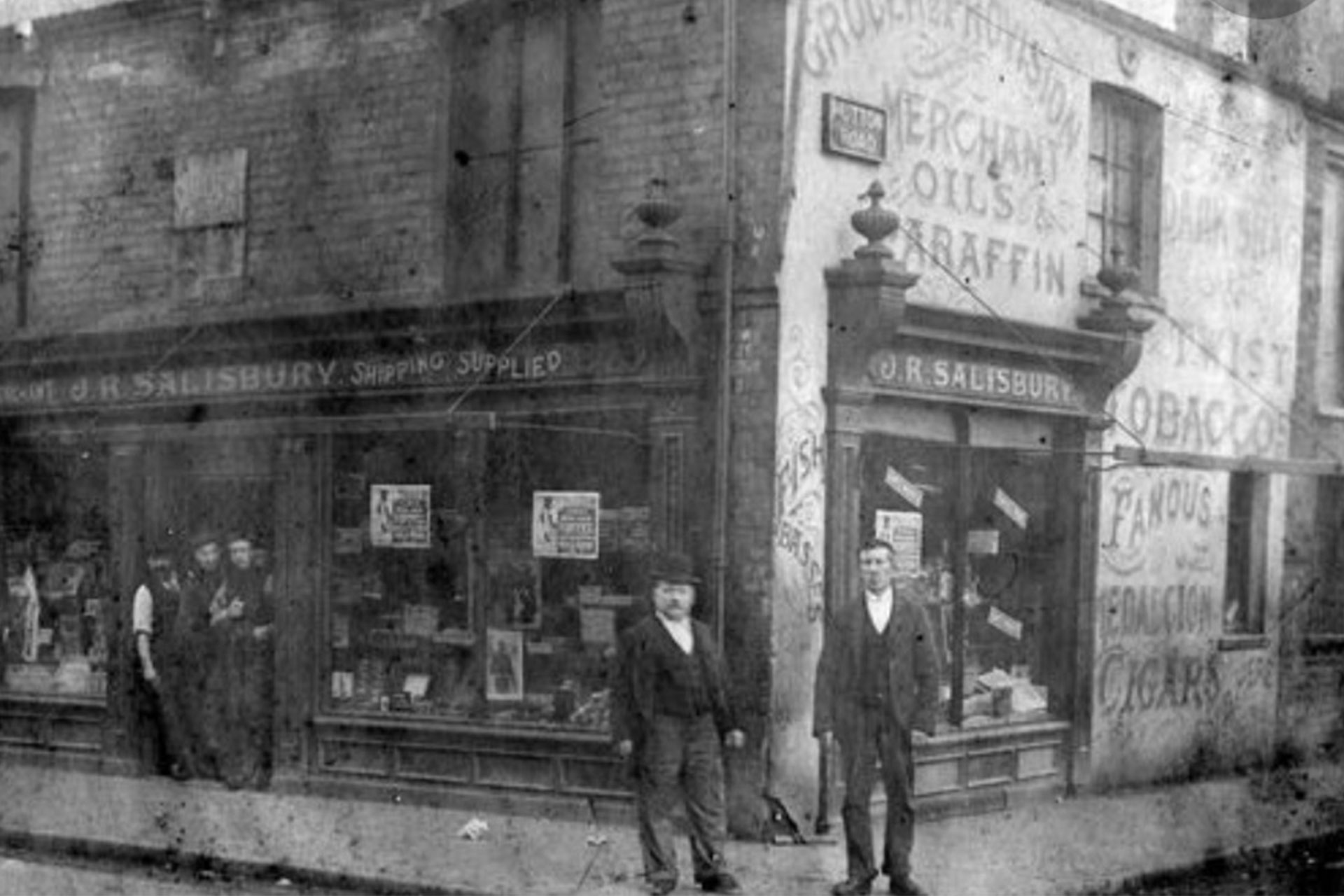 As the dock area declined, Ian later had the sad task of closing the cafés, one by one, until the only building remaining was the one which the family had built themselves more than 150 years ago.

“During the last decade, I refurbished the family property and began making bespoke furniture, which has long been a passion of mine. At one time of day, I was a woodwork teacher!”

A century and a half after Great-Great Grandad Salsbury made his mark on Grimsby Dock’s Kasbah, the family is still a part of its very fabric, with Ian working away quietly in what was once a bustling and noisy part of the town. So, what does he make of the future hopes for the tiny pocket of Grimsby history his ancestors helped to shape and create?

“I am hopeful that plans for the Kasbah will breathe new life into the area, bringing businesses and people back into these very interesting and quirky streets,”

“It is a completely different world down here compared to the place I knew as a boy, and later as a part of the family business.”

“It would be lovely to see some new faces in the area and it will be fascinating to see what can be done with the many listed buildings dotted about the Kasbah. I hope that the plan is successful and look forward to seeing it come to fruition.”

The first one was my present workshop which we built in 1860. We just referred to it as Fish Dock Road, at around the same time my great great Grandfather‘s brother was in business in the café on the corner of Fish Dock Road and Hutton Road. In later years this was the original Ross shop, and upstairs, where there are several offices, was the (reputedly) largest private telephone exchange outside London from where the Ross Empire was connected.

The café was then taken over by Rodney Beckett and not sure why but my father went into partnership with him and in about 1965 my father bought him out and we referred to it as Salsbury’s Becketts cafe. 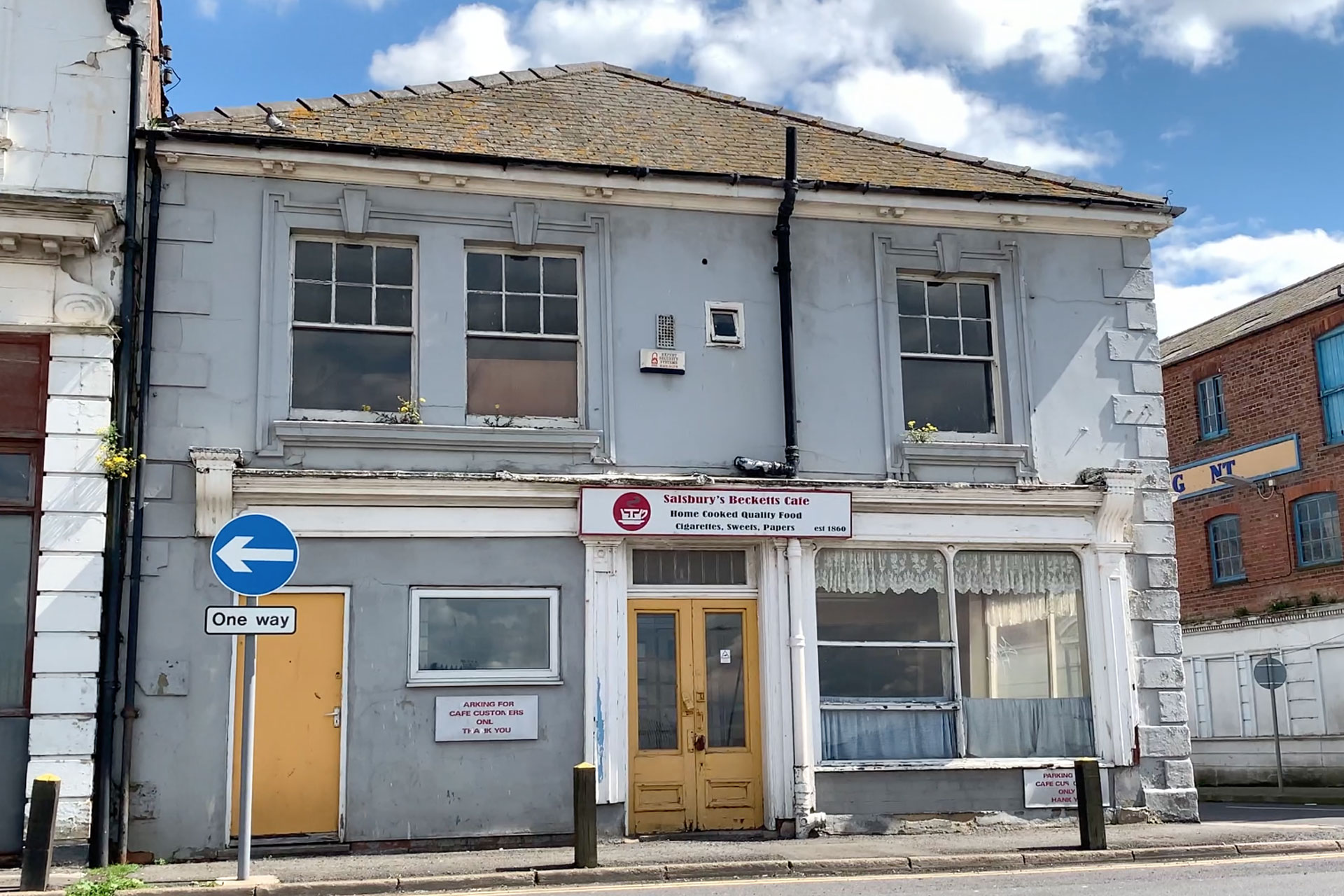 On Cleethorpes station there are the number one and number two refreshment rooms and despite trying to find out I never knew where number three was, but we had the number four refreshment room on the pontoon at the back of the ice factory. I don’t know when we took it over but certainly it was my fathers doing so probably late 1950s or early 60s. It was and still is a concrete bunker and it always smelt damp but it was a godsend to the merchants and barrowboys. There was a pot belly stove stood in the middle of the floor of the seating area for cold days.

In the mid 80s my father was persuaded that it would be a good idea to open a ship store supplying the dozens of Grimsby Seine netters and visiting Danish boats and we converted the seating area of the refreshment room into that. (The ship store was probably not one of our better financial moves.)

A very popular café was situated on the corner of Wharncliffe Road in Russell Grant’s building, the manageress was the most incredible lady called Rita. When she retired after more than 30 years I looked back and she had had only had two days off sick! She was loved by all the men and it was their delight to be banned by her and chased out of the shop (till they came back next time again of course). That one was just called Wharncliffe Road.

Another one which was a tiny little café was on Cross Street. I was quite small when my father closed it and it never really reopened. I do remember not long after, my father got a call late at night that there was a cat trapped in the café and so he went down to find that the cat had died and left a solitary kitten. We looked after it for a couple of days until a kind soul could be found to take it and I remember it was completely wild and dangerous – feral. Not surprisingly we called this cafe Cross Street.

In the 60s the Jubilee café came up for sale and it was purchased and included into the company. We always called it the Jubilee café but in earlier days it was called Cannings after Councillor Canning who originally I believe moved it from one of the parks in Grimsby and extended it to form the café.

The Jubilee café was on the engineering side of the docks next door to the slipways and with the engineers, carpenters, plumbers, painters, electricians and all the rest who frequented it, it had a very different smell to all the rest – strange what you remember.

When the new fishmarket opened we no longer had a need for the number four refreshment room and as I was in charge then, I opened the new café which predictably enough I called Newmarket, based in the office space overlooking the Fish market.

This was an interesting time when there were lots of visiting VIPs who were shown around the market and then treated to a silver service smoked haddock and poached egg breakfast in the boardroom. I had the job of setting it all out and serving up, and some of the groups were quite disparate. We had a group of Colonels from different armies. Neil Kinnock and local politicians. Brake brothers. Groups of fishing leaders from Denmark and Iceland. I suppose I really should have kept a diary of them all. When Frank Flear became Lord Lieutenant of Lincolnshire we had a very strange mid-afternoon sit down buffet for probably 30 past Lord Lieutenants. Quite surreal.

Apart from the Jubilee café they were all referred to by the customers as Sollys, it was only us who called them by their geographical names really. Although sometimes the customers would refer to them by the manageress’s name so Wharncliffe was quite often called Rita’s.